Free Shipping On All Orders over $50

Has Bass fishing become so advanced that it’s no longer any fun?

There would be hustle from the dock hands to get everyone out on the water catching fish. While only 11 years old, there was much to learn about fishing but there was still enough time on the water to be chasing bass, pike, and perch with success.

One of my favorite bass fishing techniques after the “guide gig” was done for the day, was to take a jitterbug after dark and drag it behind the row boat. I’d row slowly to hear from the silence the plop, plop, plop of the jitterbug, with the occasional rock bass missing but still creating a disturbance and pushing the jitterbug forward without connecting. Picture in pure darkness the closed face reel, perhaps Zebco, butt end on the floor of the 12 foot aluminum rowboat and rod angled upward with the line about 30 feet behind. It was fun, it was quiet except for the squeak of the oars and the plop, plop, plop, and my heart beating steadily until, BAM! 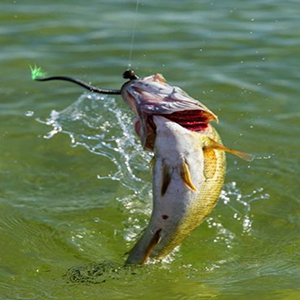 Next morning up at 6 and down to the docks by 7. My job was to man the anchor and point the little 6 horsepower motor in the direction of the best fishing spot for the day. At times it also included baiting minnows, which was about the only bait of choice in 1968. We fished open bail, We always caught plenty of fish on the minnows. This technique was used as follows: The minnow would be tossed out and free swim until some unsuspecting fish, hopefully a bass or pike, would engulf the minnow.

Fast forward May 15, 2012 and I had the privilege of fishing with the editor of Field and Stream, John Merwin. He did an article titled, “How to Free-Line LiveBait Minnows to Catch Shy Brown Trout.” The technique worked in 1968 and still works today. While it works, it also kills many fish when they swallow the hook and you are limited to the number of minnows you can keep alive. 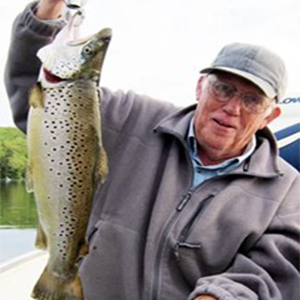 In today's world of crank baits, soft plastics, swim baits, drop shots, trailers, jerk baits, jigs and a list longer than your arm and forget the pressure of comparing yourself to guys like Mike Laconelli, Jacob Wheeler, Kevin VanDam, and all the other big names, so….

KISS; Keep It Simple Stupid and have fun. Listen for the metaphorical plop,plop,plop, pick up your favorite soft plastic, hopefully Rabid Baits, wait for the BAM, and go have fun!